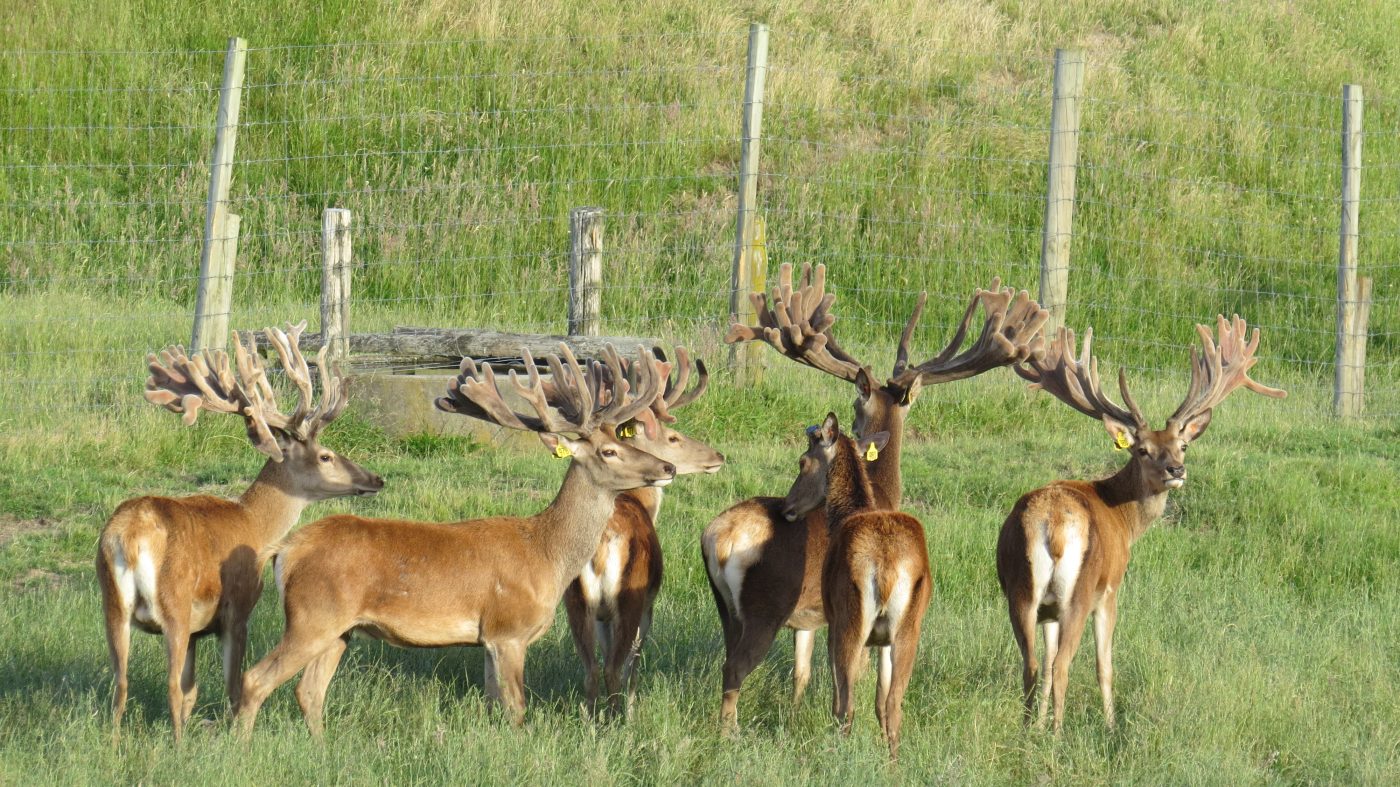 If you have driven past a local deer farm recently you will have seen the stags growing their new season’s velvet antler. The new traceability system VelTrak has been implemented for this season allowing for electronic tracing and scanning and verification of all antlers being sold for human consumption. This ensures high levels of both Food Safety and Welfare standards are being met.

The “velvet” industry has come such a long way from early beginnings in the darkened sheds with dirt floors and uncooperative stags. It is great to have been part of the real progress alongside some really innovative farmers.

A little background, for our clients with no knowledge of deer farming. Velvet is harvested from stags annually, as the cycle for growing velvet is annual. In the wild the Velvet grows during the spring after the hard antler “casts” i.e. falls off, when the stag’s testosterone levels drop away dramatically in response to lengthening daylight. The new antlers begin their life as a very fast growing tissue with a velvety surface (hence the name), which eventually calcifies and the Velvet skin along with blood vessels and nerves shrivel up and strips off to leave the new seasons set of hard antlers. The deer polish/rub up on certain shrubs in the bush to colour them up ready to use in challenge and combat during the rut (mating period), commonly known as “the roar”.

With farmed deer the Velvet is removed before it develops into hard antler. The Velvet is a food product that is used in the Health Food industry both in the East and the West. The velvet antler is removed painlessly following tourniquet application and the accurate administration of local anaesthetic prior to removal, similar to what happens during a visit to the dentist (anaesthetic prior to tooth removal, not removal of your velvet flares!). The remaining flat piece of antler hardens as normal to become a “button”. Stags without antlers are much safer when interacting with humans, other deer and easier on fences as they become extremely aggressive during the rut.

With the new Veltrak system in place, buyers and consumers are aware of where their velvet has come from. Every stick of velvet that can securely carry a tag must be tagged by the farmer with a black VelTrak tag before the velvet leaves the farm. Spiker or regrowth velvet that cannot be securely tagged should be placed in a clean bag with a VelTrak tag attached. (deernz.org)

Each VelTrak tag carries a barcode and an embedded RFID UHF chip. The chip and the barcode carry a number that’s unique to the tag. Vet practices allocate VelTrak tags to their farmer clients after recording the tag numbers against the farm on the VelTrak website. (deernz.org)

We have our very own Andrew Scurr with a video explaining the new system: